Fish keep their heads down in chocolatey Seven (despite many mayfly…)

I don’t know if you’ve come across a drink called Cadbury’s Highlights. It’s an allegedly low-calorie beverage that is supposed to resemble hot chocolate and aimed at people on a diet. You mix a couple of spoonfuls with some hot water to produce this rather unappetising purplish-brown liquid.

Anyhow, this is by way of saying that when I went up to the Yorkshire Seven yesterday it looked like a raging torrent of Cadbury’s Highlights. Given the near-biblical rain we’d had a day or two earlier this wasn’t entirely unexpected, and despite the high colour the good news was that the levels were down enough for the water to be fishable.

I’d been three times to the Seven already this season, gradually working my way up to the top end of the beat, so yesterday I wanted to complete the journey, as it were.

By and large the river widens and straightens out along this final stretch. This bit of water is usually low – maybe 8-12 inches – and clear…

It’s probably a foot up. But eminently wadeable. Tackled up with seven-and-a-half foot 3 wt with emerger  on a 10 ft leader. Trouble was, no fish were showing. After a good hour I’d seen what might have been two small rises, nothing more than that. And more frustratingly there was a really good hatch of… 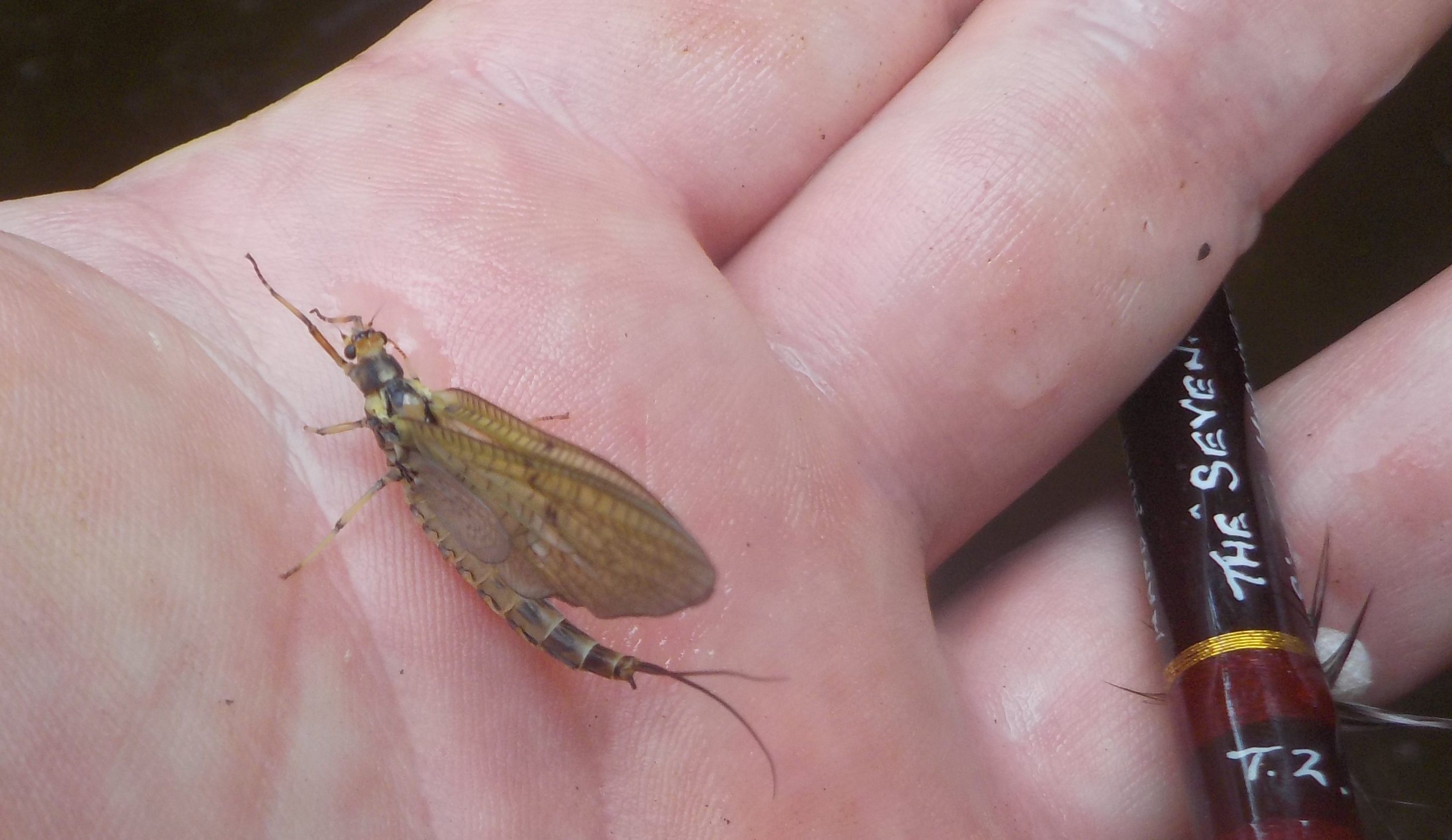 I’d see them come off the water and float downstream without attracting the merest whiff of attention. There were also good numbers of chunky olives coming off too. I fished disconsolately and without much hope up to the road bridge:

I’d been fishing for about an hour and a half and pretty much resigned myself to the first blank of the season. All I needed was just one sight of a rise – something to work on. Then out of the corner of my eye I noticed a small splash just upstream of the bush on the right of the pic above.

I  managed to get the fly in more or less the right spot, but the current took the line and dragged the fly off in an inelegant skittering arc. Tried again with a bit more slack in the leader and this time bingo!

No need to deploy the new landing net, but a blank had been avoided.

Under the bridge and into this stretch: 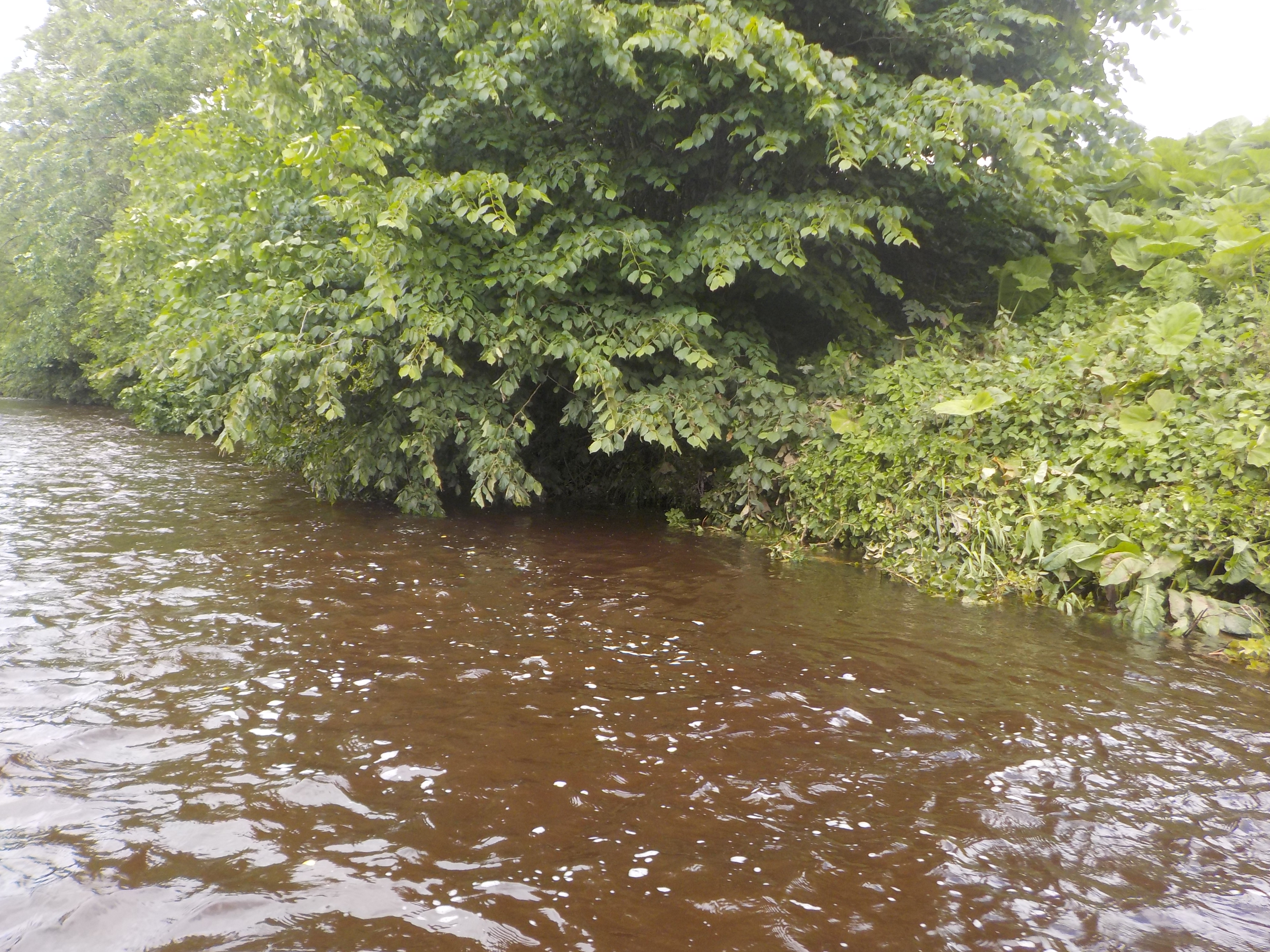 Saw another little rise, covered it but nothing doing. Then another in the bit of slack this side of the tree in the pic. This time I did cover it and had another speckly chap on:

That was it for the day. I was happy with a brace of little ‘uns – a zero had definitely looked on the cards for most of the session. I reckon that I was half a day early. Six hours later the river would have been down a few inches, slightly less coloured and if the hatch was still on then I suspect the trout would have abounded.