Messing about in boats

Time for a gentle diversion from the serious business of trying to catch wild brown trout. The club has a couple of very pretty ponds in the Dalby Forest close to the North York Moors and I head up to one of them with my young chum Alex, a relative novice. (Having said that, Alex has the rare distinction of having caught a wild rainbow on the fly while on holiday in Chile, so one over me in that regard.)

It’s a good venue to take a guest; a short hike through meadows followed by a wade across the top of a weir then into the little boathouse that holds two flat-bottomed plastic skiffs. There’s a good head of stocked brown trout which are on full display in the shallow water, but which can be frustratingly difficult to winkle out.

Here’s a nice, tree-lined corner of the pond with a cattle drinkwater on the bank: 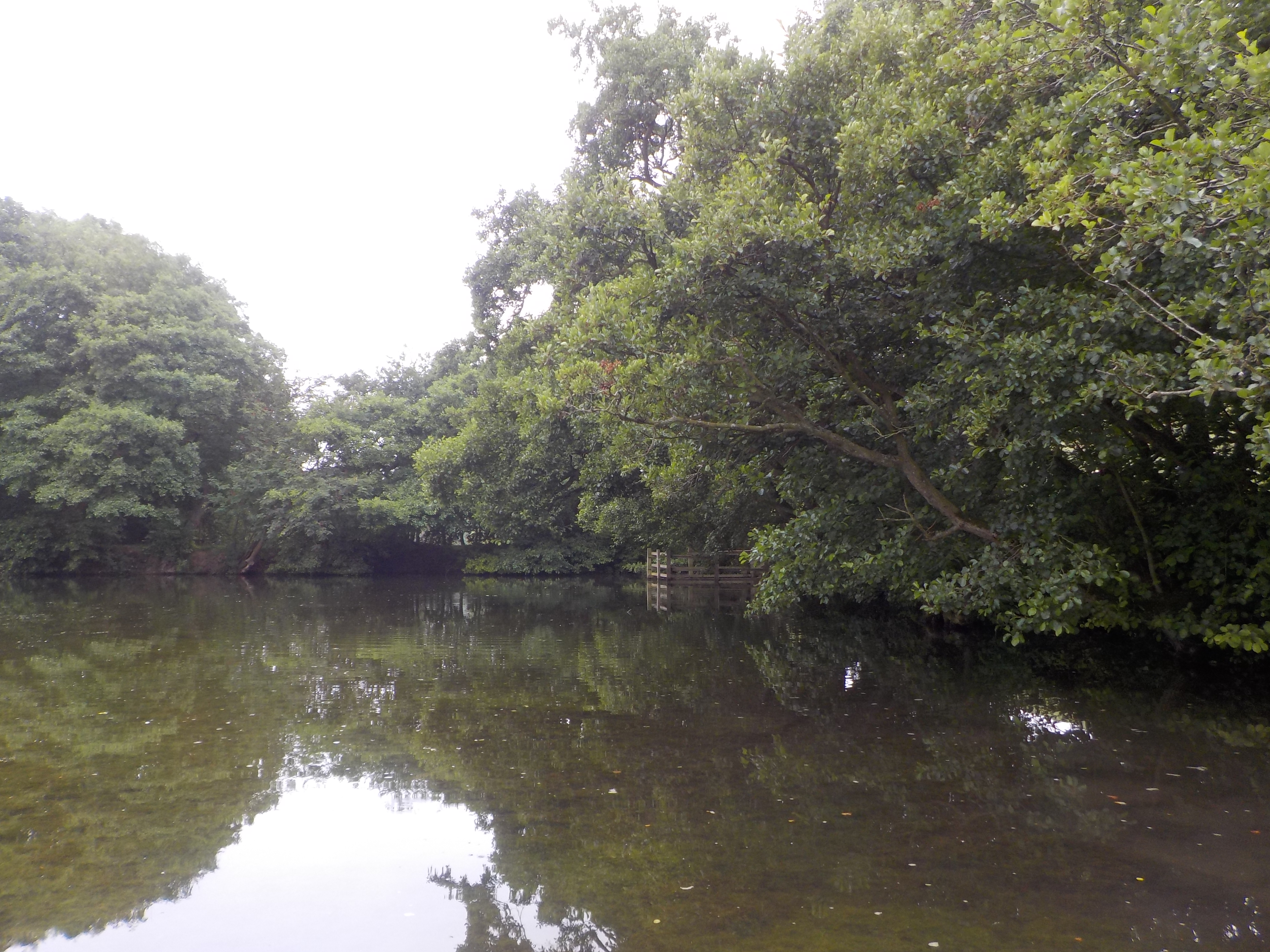 The nice thing about fishing with someone relatively inexperienced is that you can spout all sorts of homespun bollocks and be listened to with polite attention. So I imparted all my ‘wisdom’ about how to tie leaders and what fly to use and so forth and we sallied forth and began fishing with small goldeads: 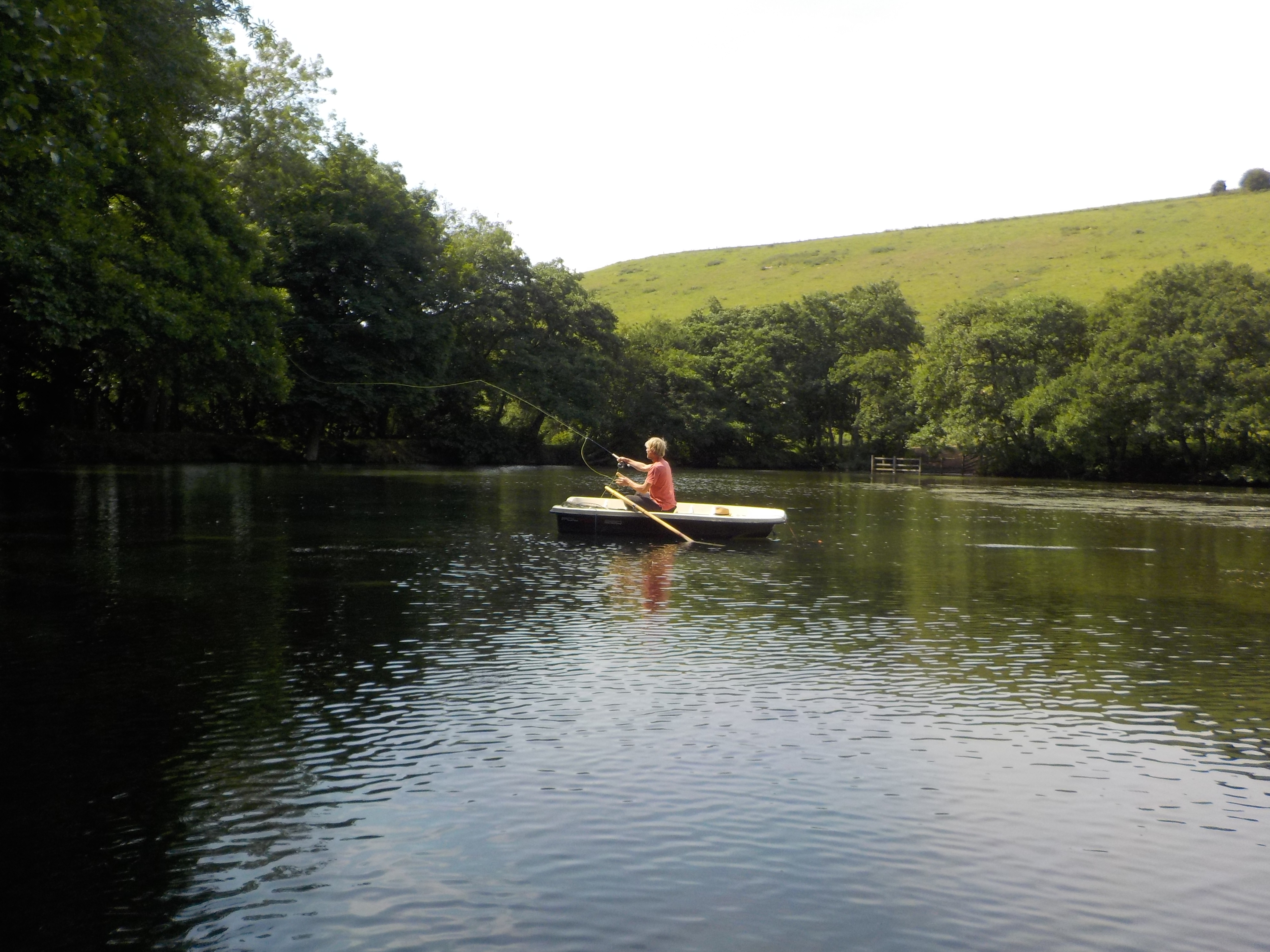 I actually took out a pounder first cast in water that was about 8″ deep: 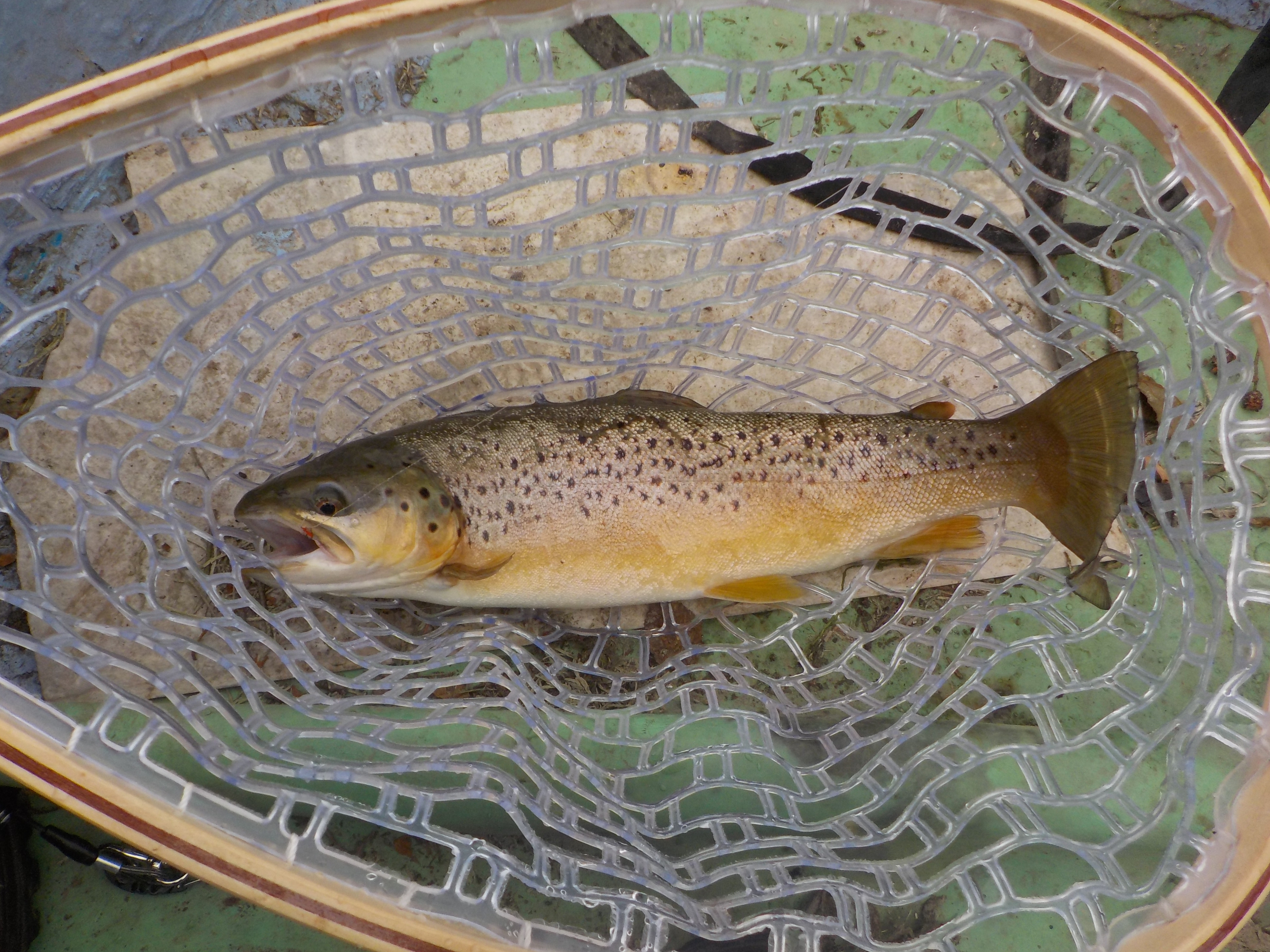 With that start I assumed we were going to haul out a boatful in no time. The fish had other ideas though, and we flogged away for an hour or so before picking up a few more. By the end of the day I ended up with five and Alex with three – which doubled his lifetime trout total. Good fun ghillying for a day, but next week back to the river for the real thing.