Probably one to forget…

Even pre-fishing the day didn’t start off so well. I went to the ATM in the local shop to get some cash out and it failed to recognise the PIN I put in. So I’d had a senior moment and misremembered my number and the card got blocked. Bah.

So off to Pickering Beck, trying to get as much fishing in as possible before the season ends. Temperature around 16C, overcast, a bit breezy, and the water looking good:

In my continued determination to get to grips with spiders, I put a couple on a 12 ft leader, this in turn attached to 3 wt line on a 7ft Hardy Marquess rod:

Fish were rising in front of me and I put the flies dead on top of the rises, but nothing happened. I persevered for about half an hour before losing faith and switching the point fly to a small goldhead hare’s ear:

After ten minutes or so of zero action I felt a small tug as I was bringing the fly in and found this little grayling on the end:

Still no trout, so I dispensed with the wets and put on an emerger:

– fish were not rising freely, but the odd one or two were showing. Over the summer the bankside vegetation had somewhat run amok. With a brisk little side wind getting a fly into channels like this is beyond my skill:

I was having a fair bit of trouble snagging on weed, and it was on one such occasion when I had to retrace my steps to unhitch the fly that I slipped and sat down in 18″ of water. I received a soaking left arm, then wondered why my right thigh was starting to feel decidedly damp: the waders should have kept my legs dry. Ah bollocks, after stopping for a bit of lunch and a widdle I’d forgotten to zip up my waders (have full length zip – handy for middle-aged man with rapidly diminishing bladder capacity but it pays to remember to re-zip. It’s not the first time…).

So with a soggy arm and soggy leg I trudged upstream. Came to this bridge where I’d seen a splash:

Managed to get the fly underneath, and was immediately rewarded with a take: 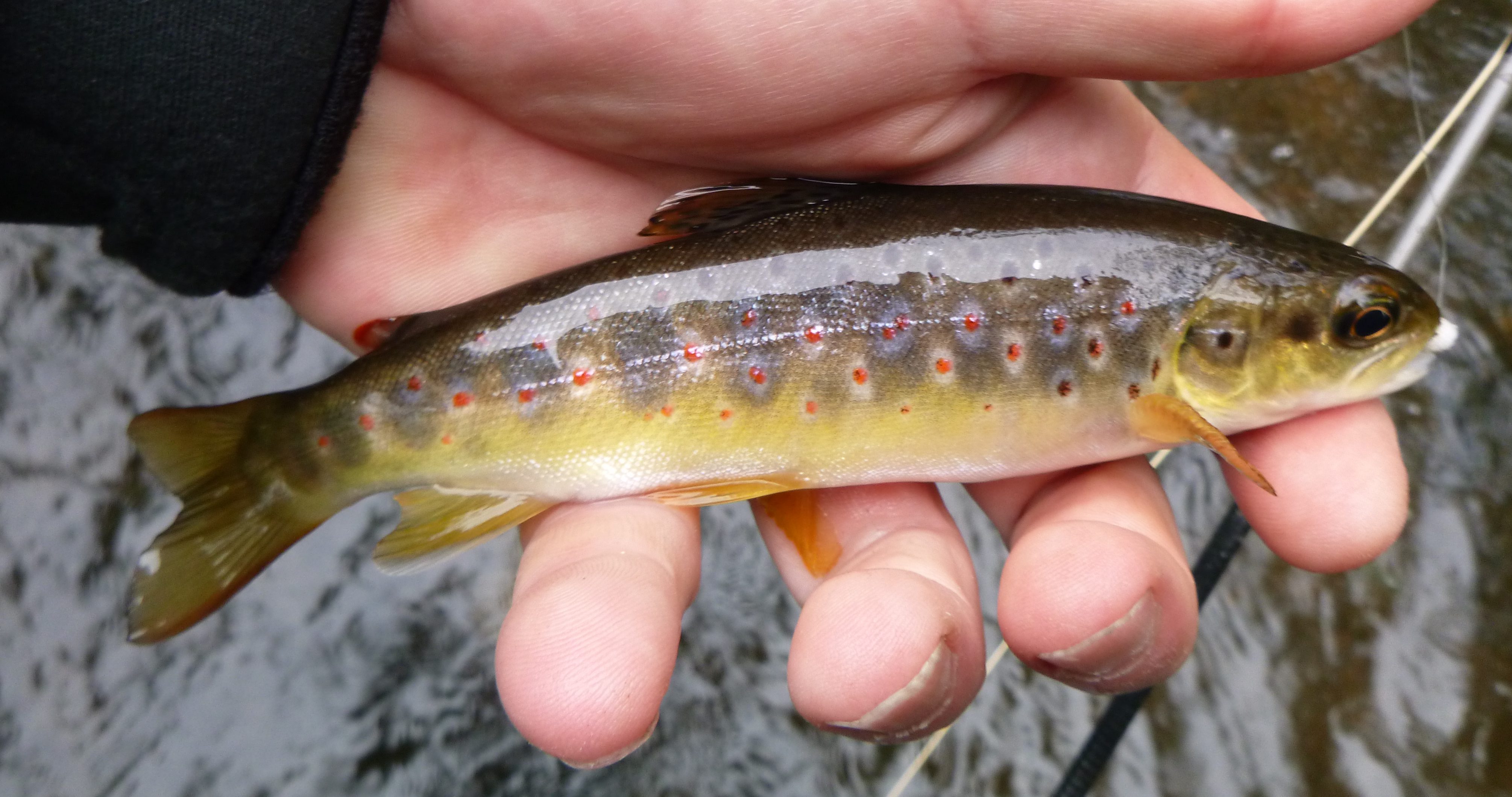 I’d been fishing for two hours with one small grayling and one small trout to show for it. Carried on upstream and hit a few more little ones like this: 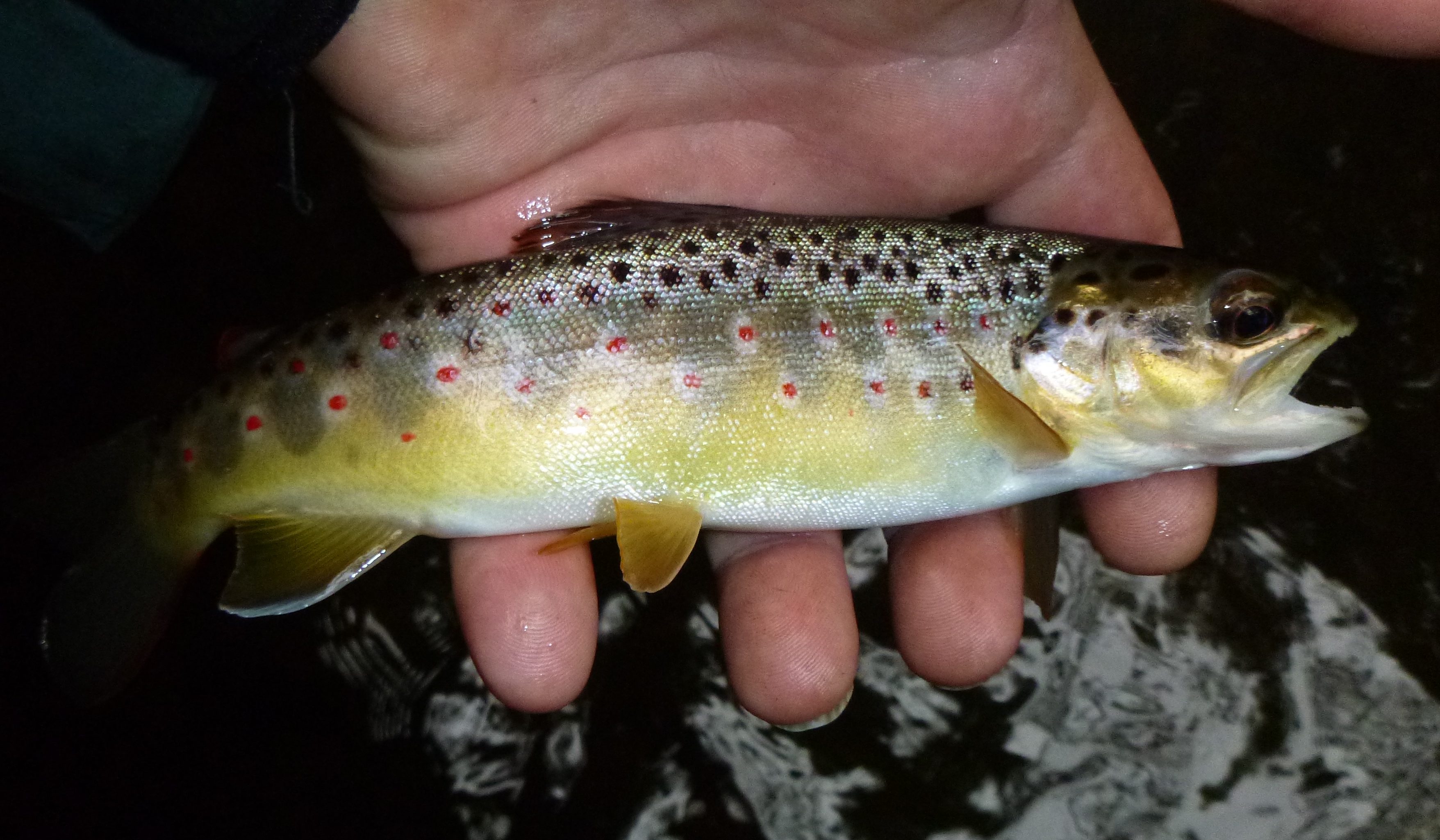 Called it a day after three hours, four small browns and one baby grayling. No blank, but not the best day of the season.