To the top beat of Pickering Beck on a warm but dullish day, with the temperature touching 17 degrees and a light breeze. This is a challenging stretch at the best of times, with many obstacles above and below the water – exacerbated by the recent flooding.

But the water looked grand, low again after the rain, clear but with a hint of copper. Perfect.

But having batted her eyelids and gestured ‘come hither’, turned out she wasn’t up for that much action. Started fishing shortly after noon, and surprisingly nothing rising despite reasonable numbers of insects. I put on a gold head PTN to start with – a fly I cannot cast with massive aplomb. I dislike the turbo delay of a heavy nymph but persevered for 20 minutes. Had one on and off after five minutes, but got fed up with the lack of control so switched to a partridge and orange.

Nothing doing after 45 minutes, by which time the odd fish was rising so ditched the spider and whacked on an emerger. That did the trick:

It’s not going to break any records, but is nevertheless a wild brown trout.

The beck here is pretty but tricky: 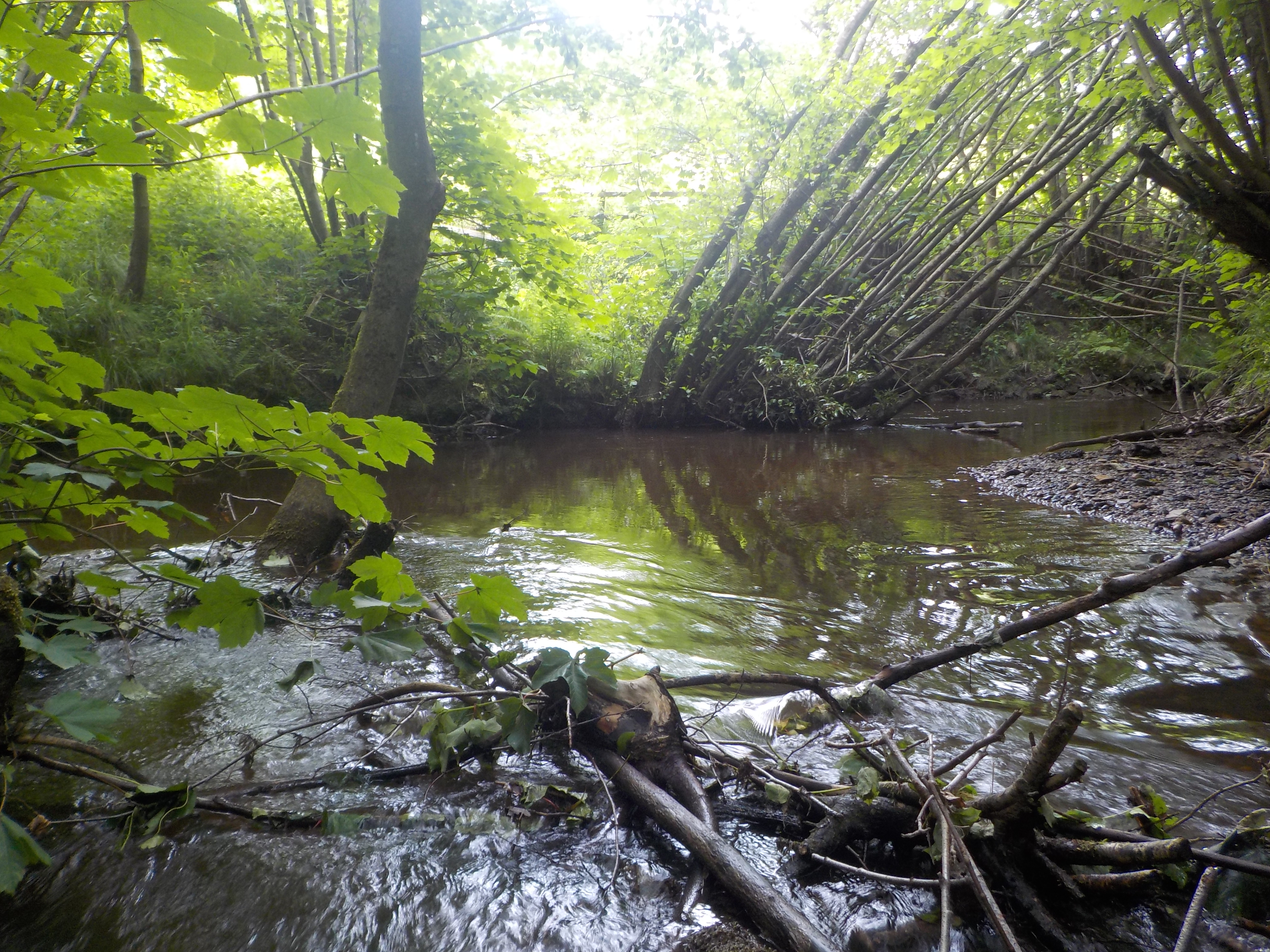 Much time is spent clambering over debris. Frustratingly these natural dams create some nice fishy pools, but putting a fly across the tangle of branches is fraught with hazard.

The fish were taking sporadically and also rejecting the fly with some regularity. 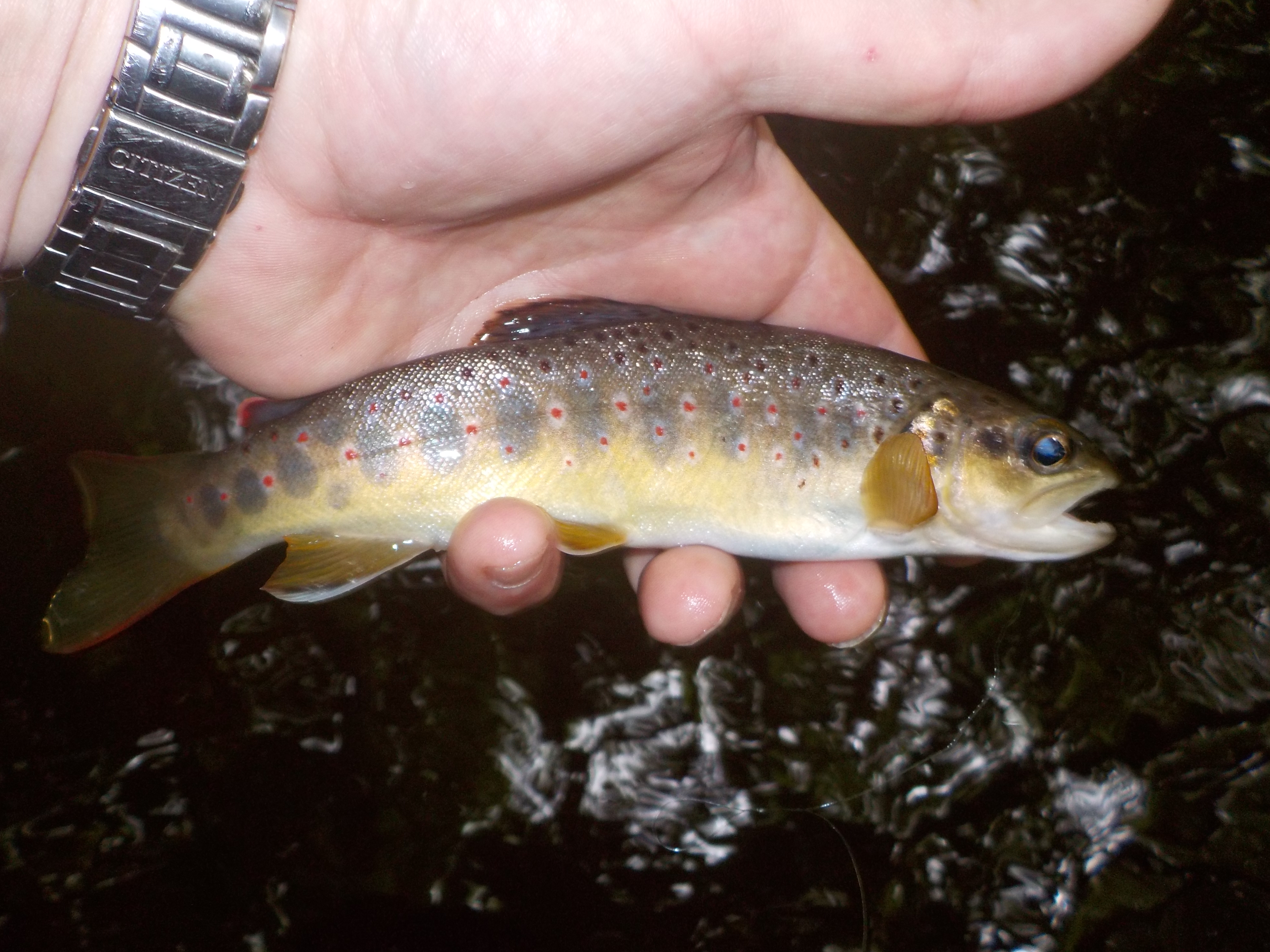 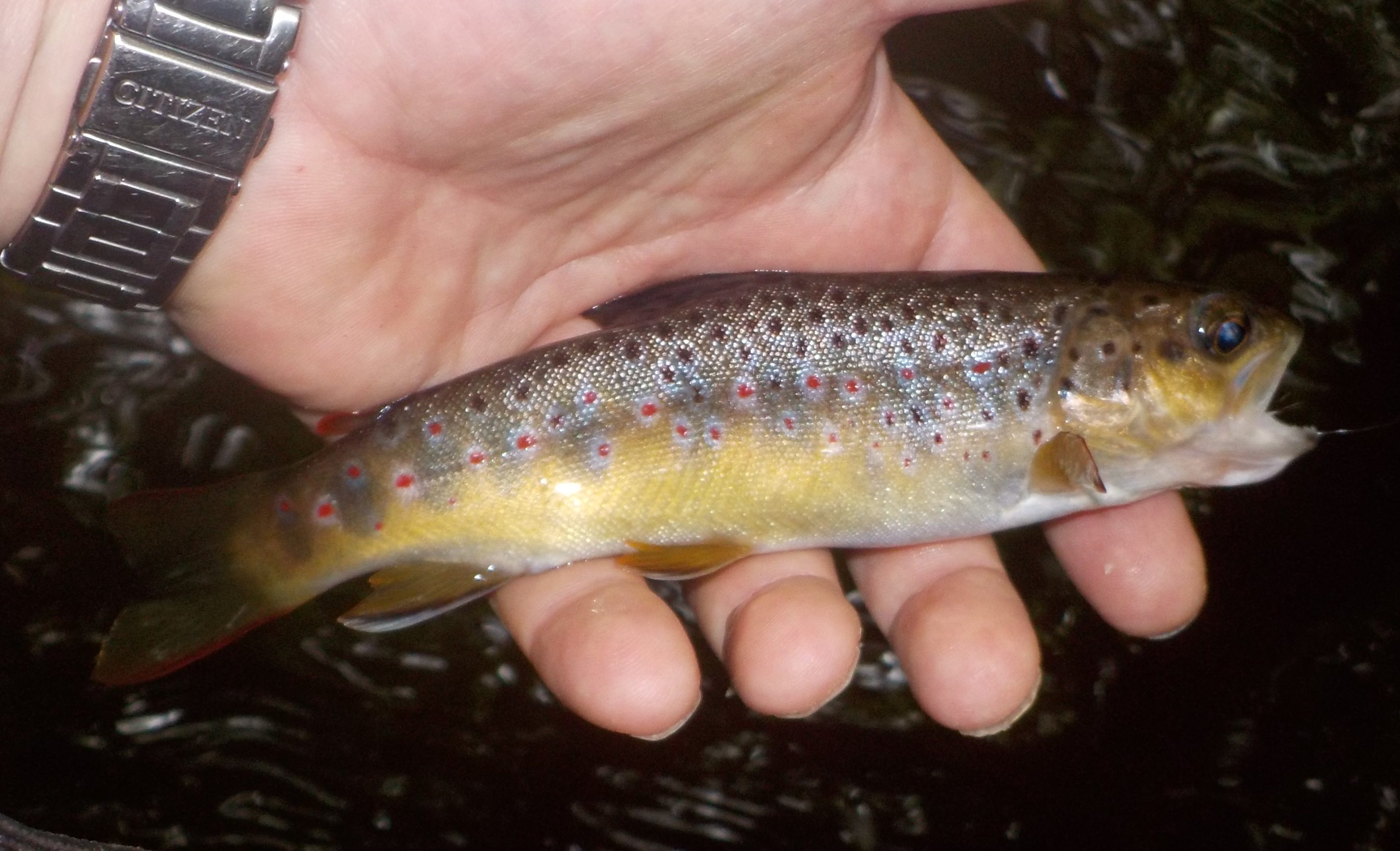 Got to the weir at the end of the beat with seven in the bag as it were: 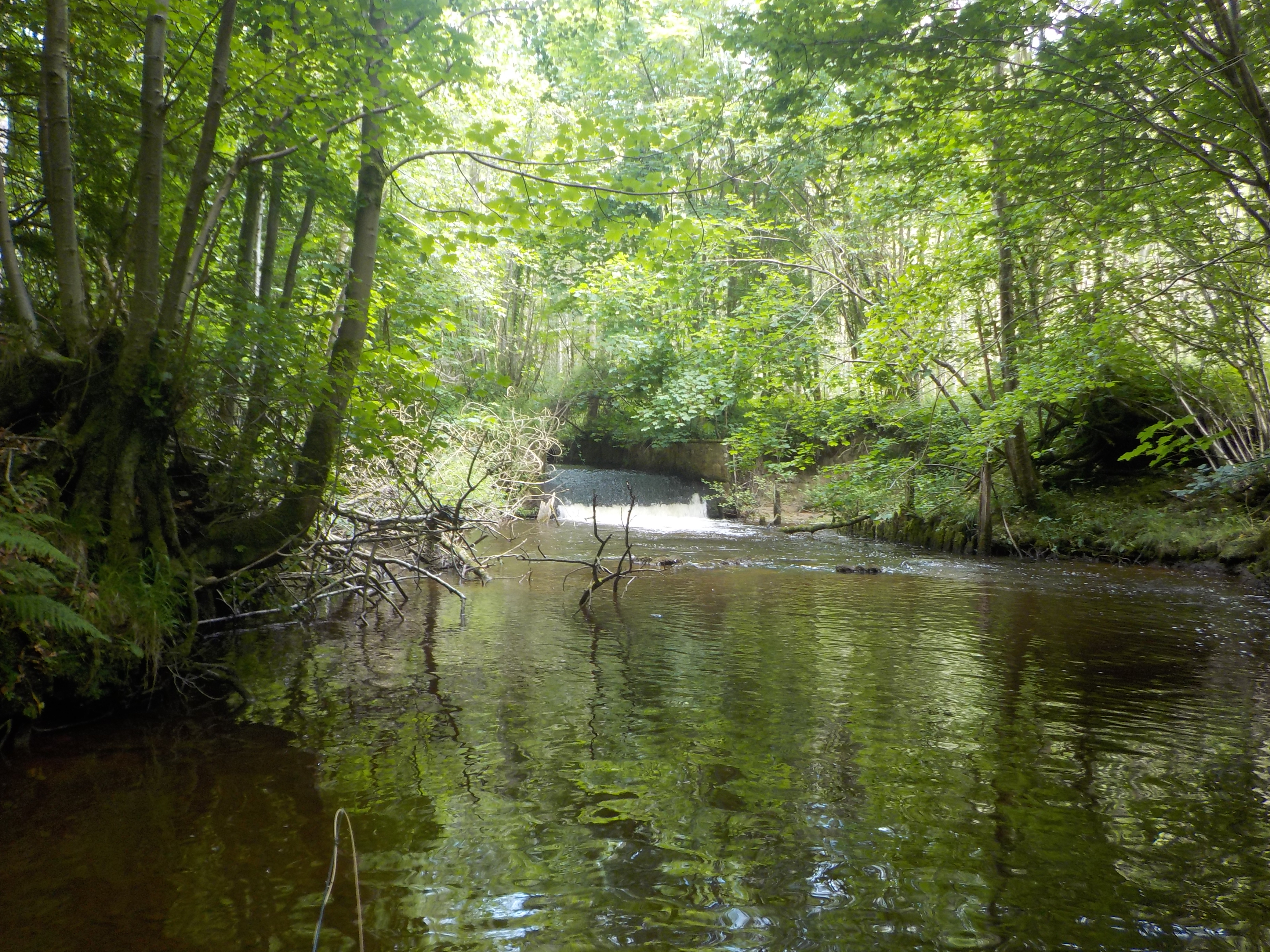 This weir pool always looks a dead cert, but I always struggle here. Today was no exception. Two hours, seven fish. I thought she was going to give me a bit more than that. Next time…